Superstitions are nearly always rooted in half-truths. The horror movie industry preys on our willing suspension of disbelief to take advantage of these centuries-old notions and make us believe they’re grounded in reality.

Check out the following nine movies and the impact they’ve had on our superstitions.

In Candyman, a cynical grad student couldn’t leave well enough alone and chants the perp’s name five times in front of a mirror. Big mistake. Every audience member knows not to chant any old names successively or that demon or spirit will come to get you. You can’t even say the name Voldemort anymore without people running and screaming away.

The Shining, starring Jack Nicholson and Shelly Duvall, made us believe that being possessed is not only possible – it can happen to anyone at any time. It also made us very leery of any writer who quickly churns out pages and pages of manuscript.

Halloween, starring Jamie Lee Curtis in her silver screen debut, cemented our suspicions that evil spirits are allowed to have a field day with us mortals once every year on Halloween. In some states, we don’t even allow our children to trick or treat on the actual date. Wonder why… 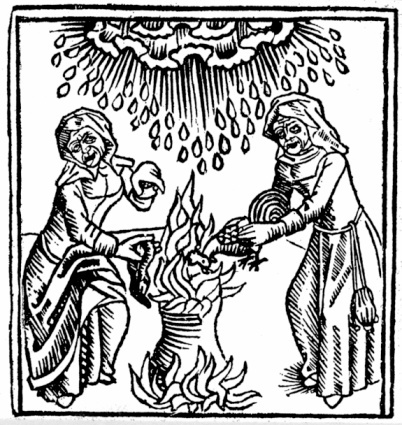 Images like these feed into our belief that witches meet over boiling cauldrons.

If there’s ever a good day to stay home in bed to avert disasters, it’s Friday the 13th, and the movie by the same name gave us just the evidence we needed. This movie proves that a) Friday the 13th is unlucky, and b) bad things happen at summer camp. But then, we all knew that.

The mistake that the creators of the Poltergeist movie series allegedly made was to use real human remains in a movie about the desecration of sacred Indian burial grounds. Within six years, four of the main characters died suddenly in circumstances ranging from the expected to the bizarre.

If Carrie didn’t teach us to be nice to the weird, shy girl who dresses funny, then there’s no hope for us. Schoolgirls around the world fear what is different, and Sissy Spacek was certainly different, what with all those freckles and freaky telekinetic powers. 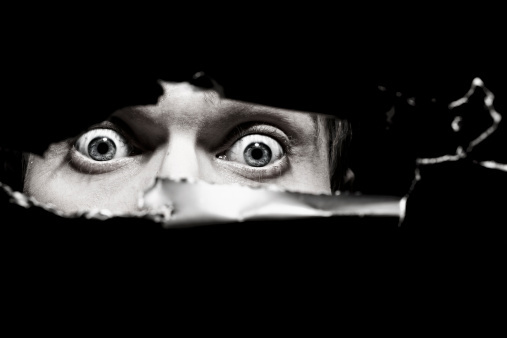 Final Destination and all its subsequent incarnations preys on our unconscious suspicion that we all have a specific date to die – and you can’t win at cheating death. Because if you try, death will come at you with a vengeance.

In Signs, actors Mel Gibson and Joaquin Phoenix live out one of our worst fears – that aliens will eventually come to get us. Thankfully, they always land on Earth with an Achilles heel.

Ouija boards open the door to the devil, who then perverts and possesses sweet, innocent young girls like the one actress Linda Blair portrayed in The Exorcist. Since that movie, no mother on earth will allow her daughter to play with one of these “toys.” It’s even been suggested that the movie was based on a true story.

Whether or not we say we believe in superstitions, when one appears in a movie, we all recognize it. Most of us have grandmothers who throw salt over their shoulders to dispel evil spirits or who avoid black cats, which are said to be witches in disguise. Part of the fun of the movies is seeing these superstitions brought to life in horrible ways, and then going home to our own safe beds.

Be the first to comment on "Why do we love Horror by Kate Supino. 9 Scariest Horror movies and their impact."